Dangers of Snow and Ice to Your Property 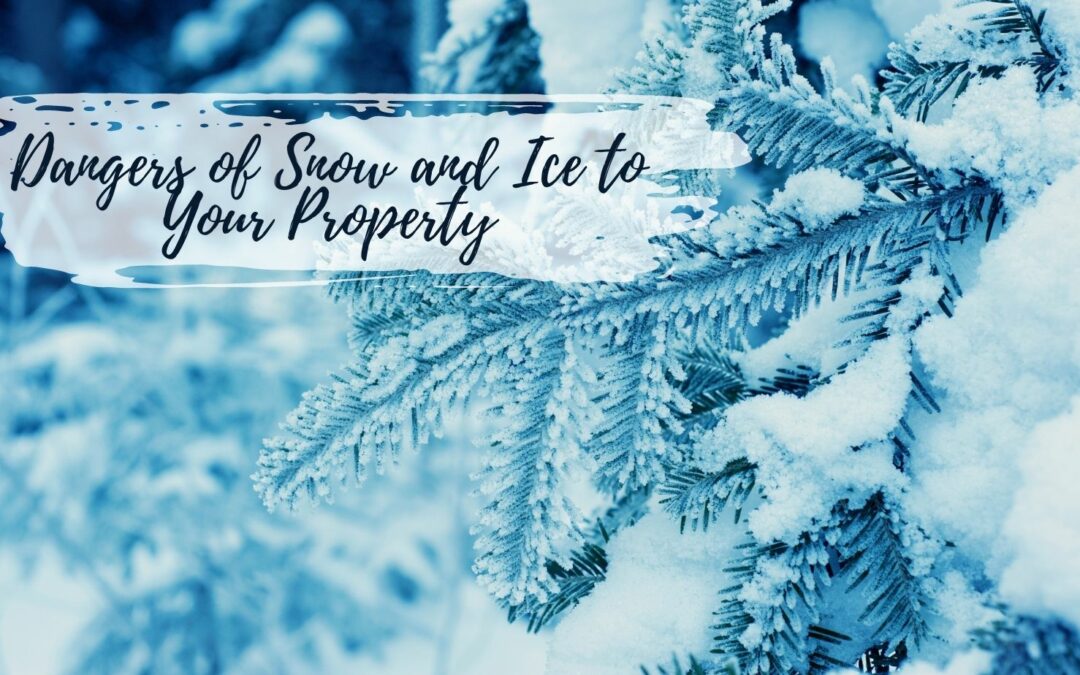 As I sit here writing this, there is still quite a bit of snow and ice on the ground. Typically, in the Pacific Northwest, we might get a day or two of snow somewhere within the winter months but any longer than that and it’s quite rare. So, for temperatures to be under freezing for multiple days in a row, this snow is not going anywhere anytime soon. So, what type of damage is this snow and ice actually doing to your lawn, trees, and property? Let’s talk about each of those and what we might be able to do to protect our home and our property.

It’s no surprise that heavy snow can lead to slippery driveways, walkways, and stairs but doesn’t have any effect on your lawn, garden, and trees?

Most of the time, your lawn and garden are completely safe from natural snowfall. As long as you’re not stamping down the snow, making it compact in the areas that you really want to breathe, and letting it insulate, after the snow melts, everything should be fine. But what about those snow piles?

Once your driveway has been shoveled and snow has piled up on the sides of your driveway or even the snowplow has come through creating a mountain of snow, this can definitely crush any plant that’s underneath it. These piles are known to freeze and take a lot longer to melt which doesn’t work so well for your lawn or any plans that may be under this mountain. If this occurs, it’s probably a good idea to try to remove as much snow as possible off these delicate areas.

Snow on branches and trees.

Because everything is been so cold and we really haven’t had too much of a breeze or wind with it, the snow has frozen to the trees making them droop even farther as the snow slightly melts and then freezes again, making the snow even heavier. Removing the snow every few hours to avoid accumulation during a blizzard is the key, even though that’s not always practical. To remove the snow gently, use a broom and sweep the snow upwards allowing it to loosen and fall on its own. Sweeping it downward towards the tip of branches can damage the shrubs and limbs.

Are you shoveling wrong?

That might seem like a weird question but did you know that snow removal led to about 100 deaths and over 11,000 injuries between 1990 and 2006 according to the American Journal of Emergency Medicine? Most of these were soft tissue damage and the lower back but, it really comes down to strain and doing things you’re just not used to doing. It’s important to know that if you are older, don’t go out and shovel and clear away heavy, wet snow. Hire someone in the neighborhood or have a friend do it or simply stay home if you can.

Additional: How to Winterize Your Home

That might seem counterintuitive but if the forecast calls for heavy snowfall over a long period of time, don’t wait till it’s over. Clear the snow at least once while it’s falling and again when the storm passes as it will prevent heavy snow from accumulating.

Is a snowblower a good idea?

Well, we don’t get a lot of snow here, snowblower may or may not be a wise investment. However, from an injury standpoint, a snowblower is infinitely safer.

Of course, we’re not doing a lot of landscaping these days until the snow melts, but, should you need some branches cleared away or trimming and pruning after that snow has weighed some things down, give us a call at any time. Would love to come and help with your landscaping needs, mowing, trimming, or any landscape design.